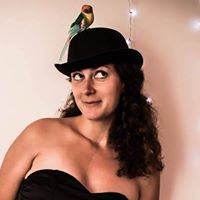 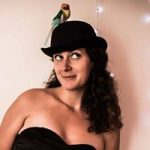 Jenny loves performing original songs and characters that make people laugh and is never sure when to talk about herself in the third person. She takes her mix of storytelling and comedy to all sorts of gigs in all sorts of places. Cabarets and variety nights, festivals and camping trips, school assemblies, libraries, pubs, clubs, people’s front rooms and queues in the chemist’s. “Too likeable” says BBC Bradford. We agree!

Run out the Guns 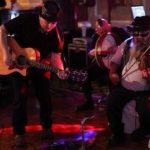 Run Out The Guns was formed in late 2009 and is a four piece acoustic lineup featuring Guitar, Fiddle, Mandolin, Banjo, Bouzouki, Bass and Percussion, mixing our own music with songs, shanties, jigs and reels from the distant past to the modern day. Run Out The Guns is a “Folk, Punk, Blues, Rock, Country, Irish Mash-Up”, which has been described as the antidote to the “Pulp Fiction” modern music industry! So if you’ve had a belly full of “The Bland”, and want your music to light a fire under you… come aboard, down some grog, stomp your feet to the grass roots beat and prepare to Run Out The Guns….. 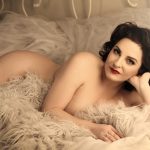 Vanity Dare took to the stage at the Frou Frou Club in autumn 2016, invited by her mentor Lady Wildflower, one of the UK’s top burlesque performers.  She made her international début weeks later at the Bohemian Burlesque Festival and has gone on to work with many prestigious companies and performers. Placed 3rd at Burlesque Noir’s Rising Star 2017, a finalist at the Hebden Bridge Burlesque Festival’s Legend in The Making 2017, she is also a finalist at Seren Yn Codi 2018 (North Wales Burlesque & Cabaret’s own Rising Star).

With a passion for old school bump ‘n’ grind she radiates through the art of striptease.  This glamorous goddess with a killer smile will captivate you with her womanly wiles; beware Vanity Dare! 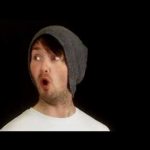 My name is Trev/Trevor, either way not fussed! I guess I’m some kind of performance poet or summit then. I ruddy well enjoy it, I know that much. I have performed at various venues throughout the country, including festivals such as Kendal Calling, Manchester Comedy Festival, Wychwood Festival, Wenlock Poetry Festival and so forth (hate that phrase). I’ve also taken part quite a few poetry/spoken word slams. They are great fun and very scary but in a good way. I’ve won quite a few of them as well…